I know there are plenty of music snobs out there who look down their noses at country music. And I will admit that some of what’s played on country radio these days isn’t any better than sugary, dance-mix pop or chip-on-the-shoulder rap.

But the country music that I love, and that I grew up on, is good stuff — some of the best music ever made in my opinion. I spent many a night drifting off to sleep to the sounds of my parents playing dominoes with friends or barbecuing a brisket on Sunday afternoons, while listening to folks like Willie Nelson, Gary Stewart, Charley Pride, Charlie Rich, Eddie Rabbit, Loretta Lynn, Conway Twitty, George Strait, Moe Bandy, Johnny Cash and Patsy Cline.

And you know what? I’m so thankful that my parents and grandparents raised me to love country music the way I do. I’m so glad my world was inundated with steel guitars and fiddles and the ability to two-step by the time I was 3 years old. Because I truly believe it has made me a better writer. 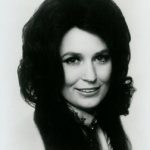 If the only song you think of when you think of Loretta Lynn is "Coal Miner's Daughter," you are missing out. Try "Don't Come Home A-Drinkin'" and you'll hear perfection.

Why? Because country music is all about hard drinking, hard loving and hard living. It’s based on strong, get-you-in-the-gut storytelling. Except for the aforementioned crapola that somehow makes its way to radio these days, country can tell a heart-wrenching or heartwarming tale like no other genre of music. (Blues is a very close second. A blues guitar riff can give me goose bumps without a word ever being sung.)

Basically, country music has long explored humanity, in all its goodness and flaws. Wife left you for another man? Check. Lost your job and long to tell your boss to go to hell? Check. Drowning your sorrows in whiskey? Check. Cheating with your best friend’s husband? Check. White trash girl honing in on your S.O.? Check. Love your mama even though she’s in jail? Check.

Seriously, is there any better fodder for good, juicy fiction than these themes? Can anyone really listen to Willie’s Whiskey River (Take My Mind) without wanting a stiff drink? Is there any sexier a song than Kris Kristofferson’s Help Me Make It Through the Night? And who wouldn’t root for Dolly Parton as she pleads with a chick to back off her man in Jolene?

As a friend who does not love country music the way I do once joked to me: “My life is perfect right now and this stuff still makes me want to get drunk and cry my eyes out.” 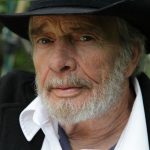 The Hag and I even agree on political leanings, at least right now. See? There are SOME Democrats in country music.

And that’s why it’s good stuff. And why I should also really thank Mr. Merle Haggard in person for writing If We Make It Through December and Silver Wings, among other greats.

DID YOU KNOW? There are tons of 1960s country music references in Blue Straggler. And my second novel, which will be out later this year and is titled A Good Kind of Knowing, includes music (a lot of it country) as a thread throughout the book. In fact, music has such prominence in the storyline that it’s nearly a character itself.

DID YOU ALSO KNOW? Blue Straggler is a #1 bestselling novel now after hitting the top spot on Amazon in comic fiction earlier this month. It’s stayed in the top five now for four weeks. The novel is also on two other bestselling lists. It’s all so amazing! Thank you again to every single reader who took the time to check out my work. I appreciate you, and you’ve had a real impact on my life.